Overview : The 3 days desert trip from Marrakech to Merzouga, is one of the most popular Morocco desert tours. During this 3 day Sahara trip starting from Marrakech, you’ll be traveling through the traditional South of the country and along the road of thousand Kasbah, by crossing the High Atlas mountains to enjoy wonderful panoramic views of well known and also unique hidden landscapes, like: stunning gorges and Bedouin caves, wide rivers, huge palm grove oasis, green valleys, … Later on, it’s time to enjoy your Morocco desert tour, starting from the lovely Merzouga golden sand dunes. Among the activities that you’ll experience are: camel trek, riding buggy and quad, a memorable romantic overnight under a  charming starry sky at the Sahara Camp situated at the middle of nowhere, magical sunset and sunrise … Please note that the third day back from Merzouga to Marrakech, will be a long drive, around 9-10 hours. So, this Marrakech desert trip is possible in 3 days, but if you’re staying for more days in Morocco, we recommend you a slow pace over 4 or 5 days Marrakech desert tours.

We’ll pick you up from your accommodation Hotel/Riad in Marrakech at 8 am, and we’ll be driving through the High Atlas mountains and ‘Tizi N’tichka’ pass, which is the highest road pass in Morocco at 2260m altitude, where you’ll fresh up and enjoy various panoramic views over the mountains. After that, we’ll arrive to ksar Ait Ben haddou, it is one of the 9 sites in Morocco that UNESCO declared World Heritage. Ksar ait benhaddou is a tribal, traditional pre-Saharan Moroccan concept, consisting of a group of buildings built in 1600 with organic materials, including a rich red mud, enclosed in high walls where some families still live today. Ait Benhaddou was built on a hill in order to dominate the valley along the banks of the Ounila River at the foot of the Atlas Mountains, 30 kilometers from Ouarzazate, is featured many films like Gladiator, Lawrance of Arabia … After lunch, we’ll head to Ouarzazate, named as The African Hollywood, because of the international movies made at the whole province. After Ouarzazate, the day will be continued along what is commonly known as the “Road of  Thousand Kasbah“, to catch a spectacular view of a vast valley dotted with small oasis and hundreds of ancient fortifications, till we arrive to the Roses valley, the town is called Kalaat M’gouna, it is well known for the “Roses Festival“, a festival that takes place on the city every year in May.  During the festival, people from all over the country and the world, coming to discover the beauty of the town, try roses products like: rose water, oil, cosmetic products, also to enjoy the traditional handmade clothing. At the evening we’ll arrive to Dades valley, where we’ll stay for the Overnight at dinner at the Berber house.

After breakfast at the Berber house in Dades valley, we ‘ll leave via the Todra gorges, also called the grand moroccan canyon, famous for rock climbing at its rock walls that rises up to 300m in a narrow part. In Todra valley, you’ll have time for walking to smell the adorable nature of green agricultural lands at the middle of a wide river. Lunch will be in Erfoud: it is a Berber village, which became the destination for filmmakers due to the beauty of the surrounding Sahara desert and the town’s oasis areas. Erfoud has been a filming location for many films, including: The Mummy (1999) Prince of Persia (2010), SPECTER (2015), famous also for its fossilized marbles, where you will have the opportunity to visit a workshop produces marble and fossils. At the evening, we’ll arrive to Merzouga, you will be welcomed with a cup of tea and have a safe room to be prepared to spend such a romantic overnight at the nomad desert camp. You will have about one hour of camel ride to cross the highest golden sand dunes in the north Africa, while you enjoying the show of the sunset till you arrive to the camp. you’ll have your own private tent, the tents are well equipped with mattresses, blankets, cushions, shower also toilets. You’ll be served a delicious Moroccan dinner, then you will gather around the fire to admire a typical Berber music performed using drums under the magical starry sky.

Wake up early in the morning to enjoy the view of the sunrise over the golden sand dunes. After freshening up and have your breakfast, ride the camels back to the car, then we’ll leave to Rissani, once called Sijilmassa: is the ancient capital of Tafilalet, its central location as a crossroad between north and south, gave the city a certain importance in previous times, here was the meeting place for the salt caravans, coming from Timbuktu in Mali. Rissani remains a major commercial center in the region, with its lively souk (Typical Market), particularly lively on Tuesdays, Thursdays and Sundays. Here you’ll walk through the souk, to explore berber trading market, like the adorable spices area, vegetables, cloths, date market, and also animal trades, such as: goats, sheep, donkeys, Camels and cows. After the Souk visit, we’ll drive across the longest Draa valley, which is particularly well known with its palm trees and the widest length of the Oasis, that produces about 35 varieties of dates, and it is known also for it’s trade routes and volcanic rocks. We’ll continue our journey towards Agdez village and Ouarzazate, then we’ll be crossing again the High Atlas mountains, arrival to Marrakech. drop you back to your accommodation. End of our services. 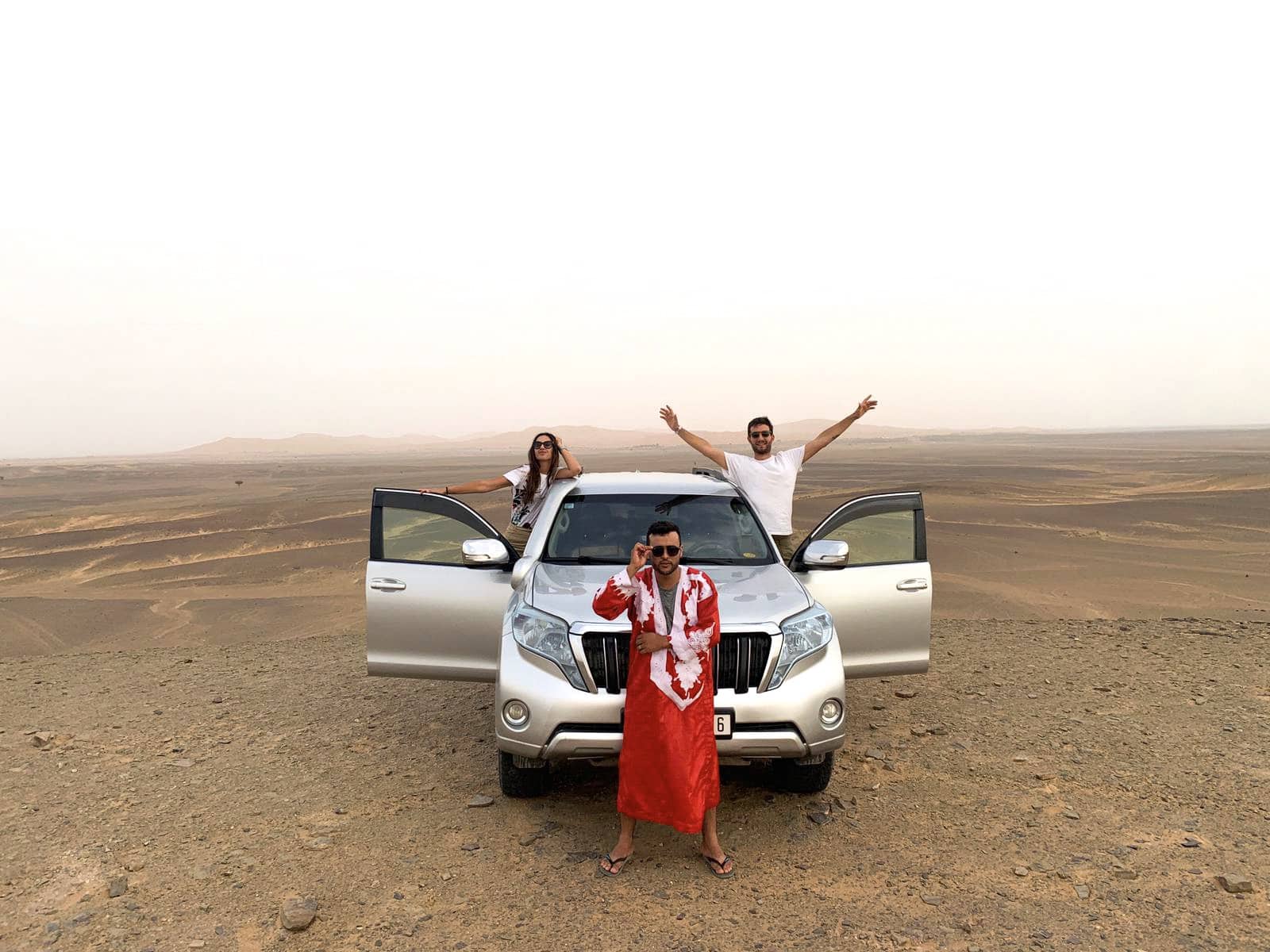 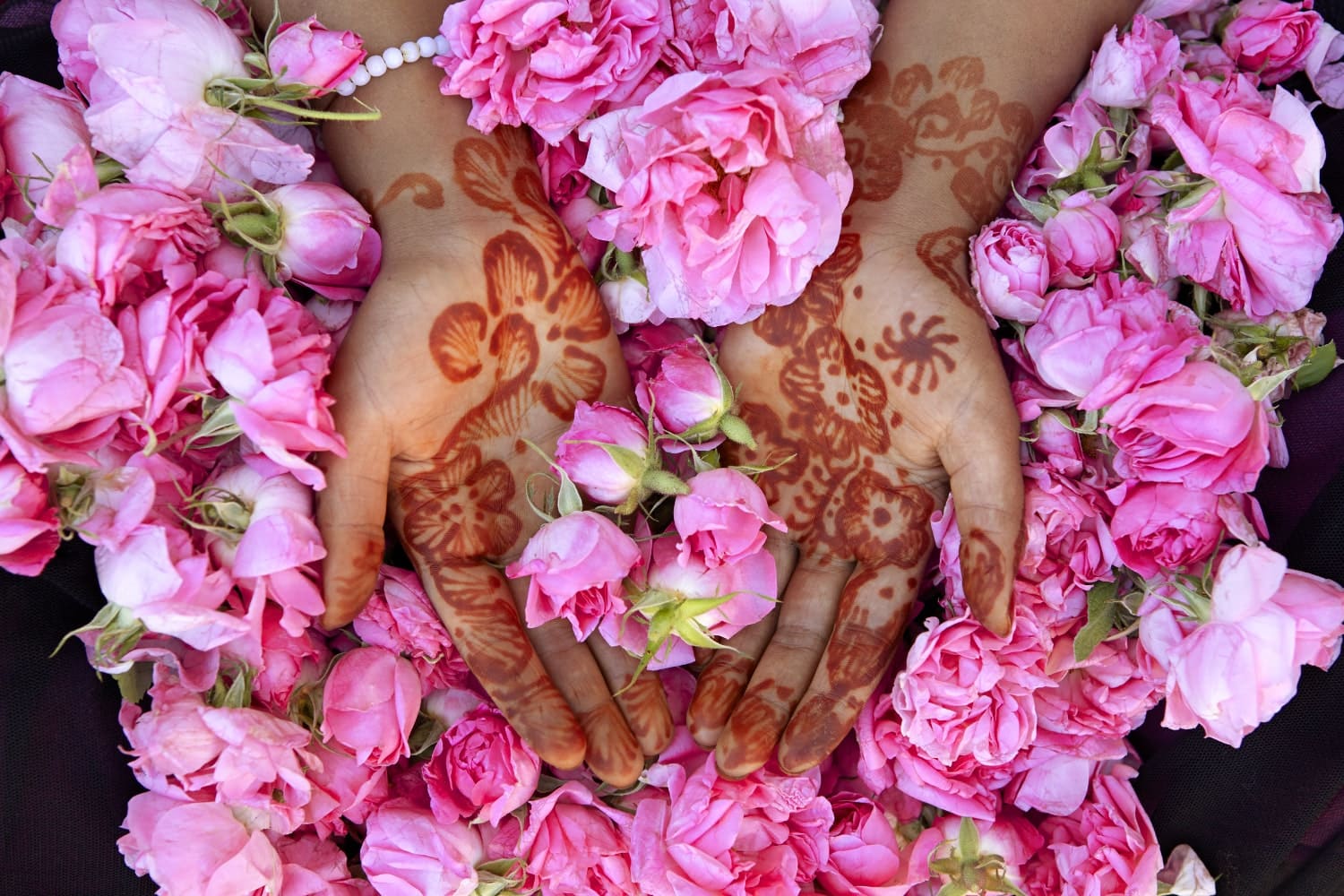 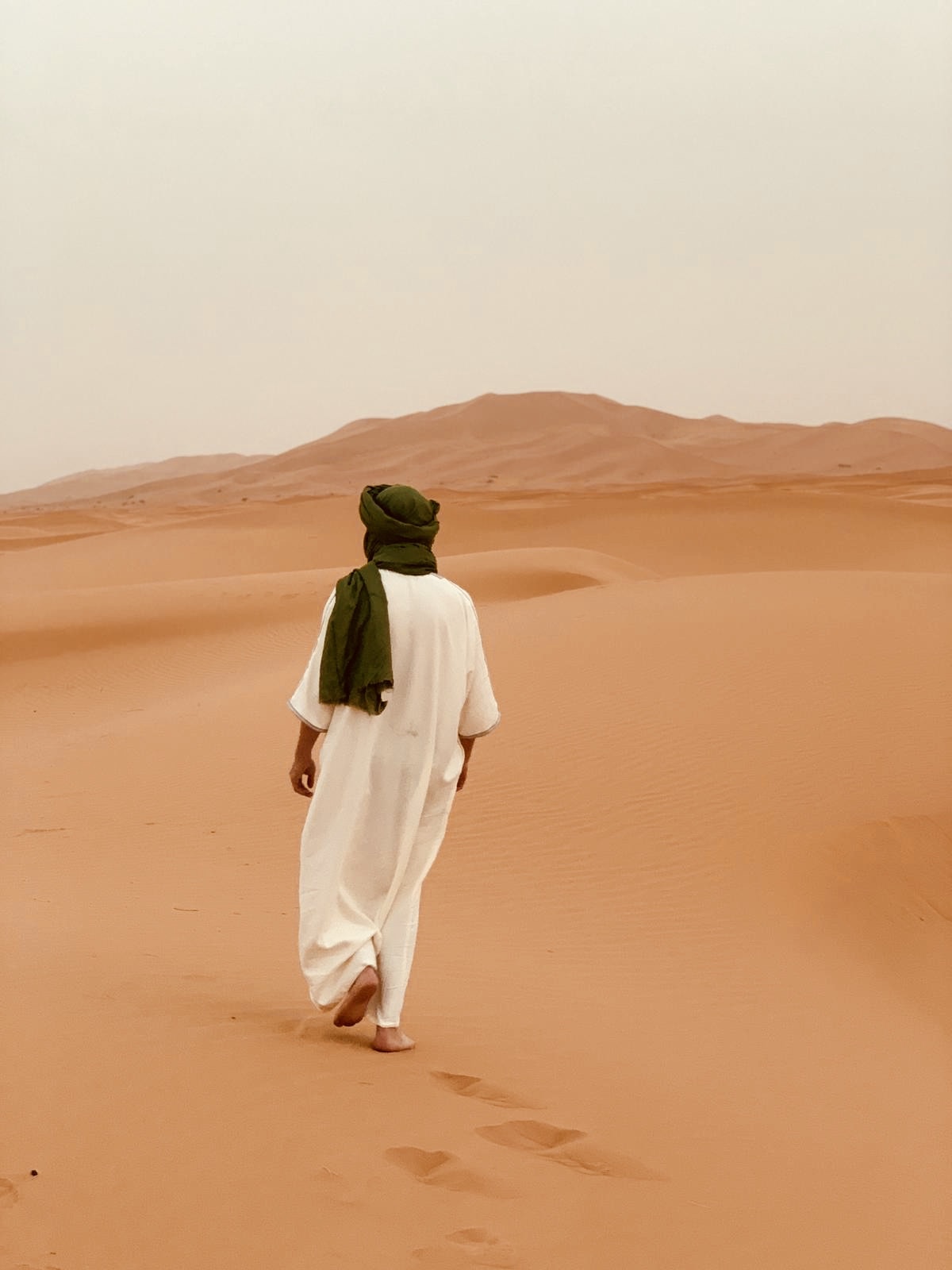 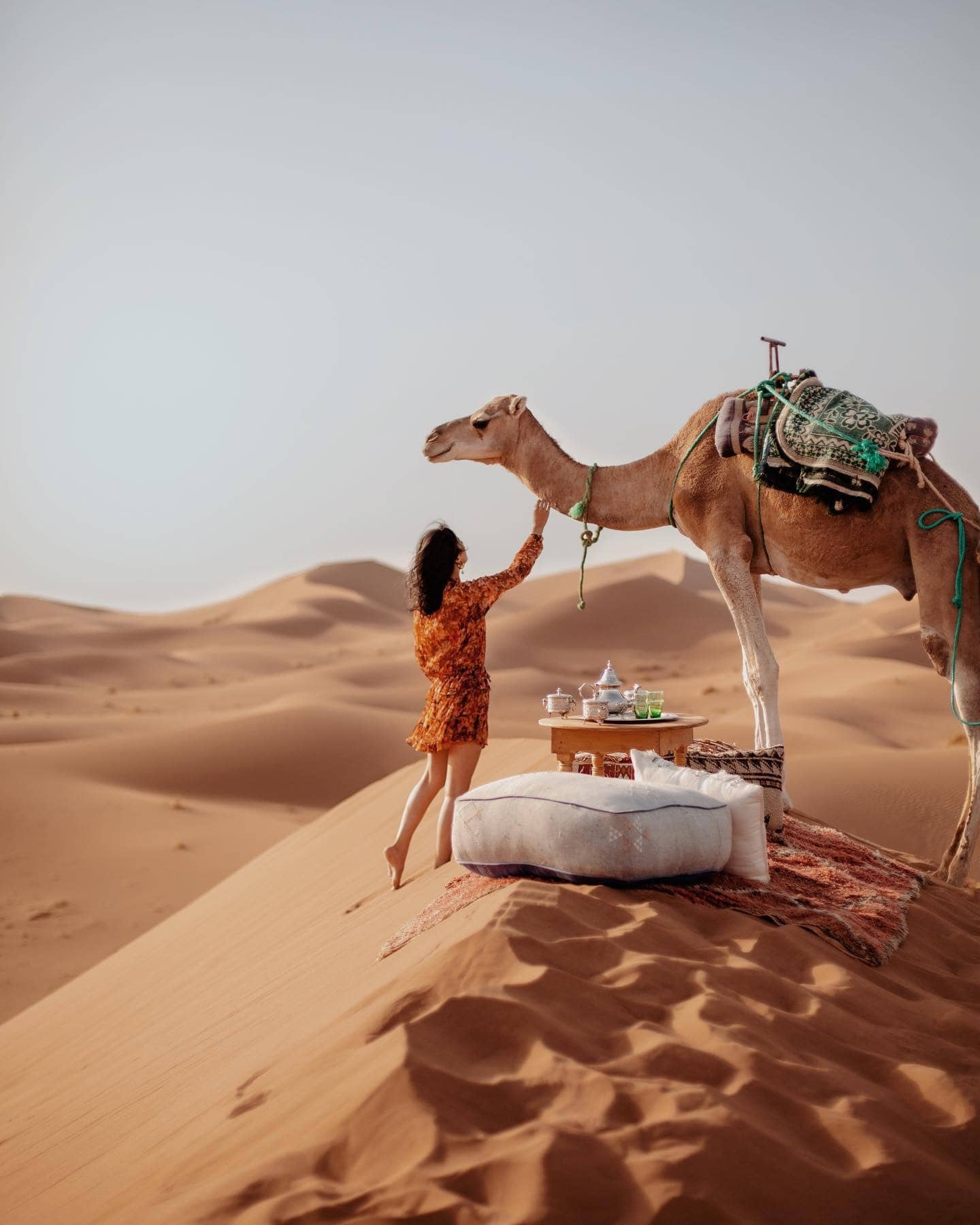